I was never the broody type. When I saw my friend’s children I held them awkwardly, smiled politely and cooed on cue.

I had as much skill with a baby as I did handling a chimpanzee.

It’s not that I wasn’t interested. I was just more skilled at staying out late drinking cocktails, chatting about love, fantasizing about some Sex In The City style writing career and ranting about the state of British politics than playing for hours with their kids.

I tried hard though. I googled what a good friend should do for a new mum and bought gifts to pamper them. I offered to cook and clean, tried to open up conversations about how they were feeling and asked them for pictures of their children to show I was interested.

But I could tell – despite our best efforts – it wasn’t quite the same. We just couldn’t relate as much anymore and that was that.

When the time came for my husband and I to try for one of our own, I felt ready. But I think that ‘readiness’ was a tidal wave of romantic love and security. We had after all, just got married. 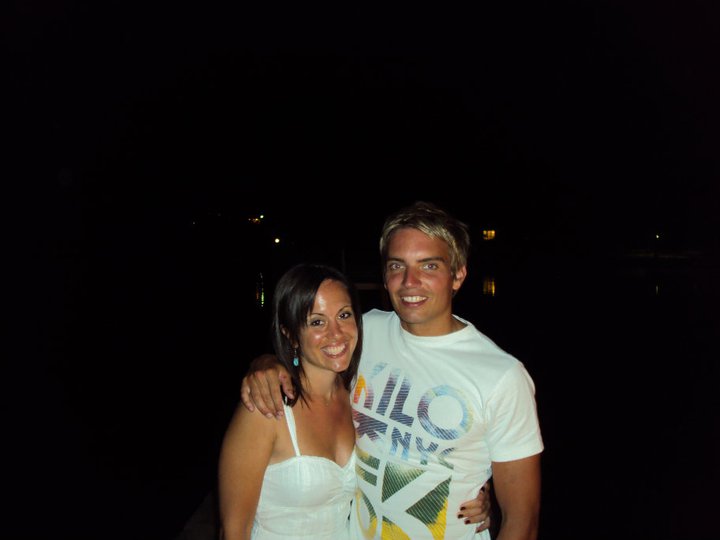 But when miscarriage struck it knocked me sideways. It left me feeling like the ground had been pulled from my feet.

I wouldn’t say this was just a result of the miscarriage: there was a small slug of fear inside me that had festered for years and with a few outlying external issues to feed from, the miscarraige gave that slug an excuse to grow.

The resulting depression, panic attacks, migraines, crushing fatigue coupled with a crazy diet and exercise regime to control things gave me the concentration of a gnat.

Not surprising my periods stopped then. There went any hope of baby number two.

One afternoon I came home after having a panic attack and ordered pizza, ice cream and binged on T.V. I gave in to the fear.

From there, things strangely got better. I wouldn’t credit it all to the ice cream! But the moment was a catalyst: I worked on my thoughts, let go of negative thinking and slowly that slug lost its power.

It helped I had a supportive husband, who buoyed me up.

But critically there’s something to be said for relaxing and doing things that make you happy.

I quit the crazy bikini bootcamp and started cycling to work and swimming instead.

I started to get more involved in the issues that I deeply care about and had neglected: equality and the environment.

I put on weight, I started smiling more and frowning less and see things more clearly.

I helped launch the RNLI Women’s Network and went on to become Chair and helped with other sustainability issues around the organisation.

It was life changing. I realised I could be me and I could help others and make a difference in a tangible way.

Around the same time I started some fertility treatment and in the summer of 2017 my husband and I got pregnant. We couldn’t have been happier – the last 2-3 years had taught us that we wanted that snotty offspring of our own more than anything else.

Yes, we had our pregnancy and parenting ups and downs.

The first 2 weeks – 6 months of late nights spent googling baby sleep solutions and being overwhelmed by the advice of well-meaning health visitors, friends and family were brutal.

Once I phoned my husband in floods of tears, because a health visitor told me that I could be keeping my baby awake at night, because I was eating so much chocolate. Chocolate?! It was my only lifesaver! Needless to say, I ignored that advice.

In the end it was a single friend who came to the rescue when she reflected how some people in developing parts of the world simply don’t have the privilege of worrying about sleep patterns and carrying their babies. And she challenged my thinking that people judged you more as a mum than they would do normally.

I knew she was right. While parenting can be an exhausting war zone of conflicting opinions, the reality is we’re tired and hormonal and naturally more sensitive because there’s so much at stake in those tiny little sleep-thieves we love so much.

And we spend way too much time on Google.

With that in mind, I started to focus on me again and the things that I was good at.

Just because we’re mums it doesn’t mean we should lose ourselves completely in dirty nappies and obsessing about our child’s development.

I realised I wanted to do something that really made a difference to the things I cared about – the environment and equality. And I wanted to write.

So I set up myself up as a freelance writer and started pitching for commissions. I was like an excited pup interviewing New York model and earth activist Renee Elizabeth Peters for Glamour Magazine.

A few things have fallen by the wayside. I don’t think you can go veggie, zero waste, launch your own business, blog and deal with a teething toddler, sleepless nights AND find time for your husband, friends and family without dropping something.

Hence why I call myself the #guiltygreenmum. Because let’s face it. We may worry into the night about what kind of life our children will have with looming climate crisis, but we’re still buying plastic sachets of Ella’s Kitchen for those moments when you can’t face cooking again.

Lucky then that, despite still loving my independence, my friends and a glass or four of Prosecco, I’m not as worried about the Sex In The City lifestyle that I used to be or staying out later than 10.30pm. As long as I can pull my clothes over my mum tum that’s a win!

With all this in mind, I begin a new comms job at the NHS in July and I can’t wait. Freelancing has been hard and I miss being part of a team. I’m looking forward to being part of an incredible institution that cares for people daily.

I’m also looking forward to working in an office where I can’t see any dirty nappies.

I’m still going to keep writing and I have a new idea for a blog www.climatecrisisandme.com to help all voices on climate breakdown be heard, especially those who will be affected the most mainly the poor, the weak and those who already suffer discrimination.

I’m feeling really excited about it.

My motherhood journey has taught me so much and, it might sound strange, but I am grateful for that miscarraige: it taught me what is important in life and how to look after myself.

I feel so grateful for my gorgeous son too. He could have a thousand tantrums and sleepless nights but to hear him double up with laughter is the best feeling in the world.

It’s because of him I feel more than ever that I have to do something to help the environment. Our children’s future depends on us to act. Writing is my way of doing that.